You're about to enter a site which may contain alcohol including pictures and materials that you may find offensive. If you are under the age of 21 (or legal adult age in your jurisdiction), if such materials offends you, please do not enter.

A flat rate of shipping fee will be charged up to certain quantity of purchase. Please read our delivery information before you place your order. 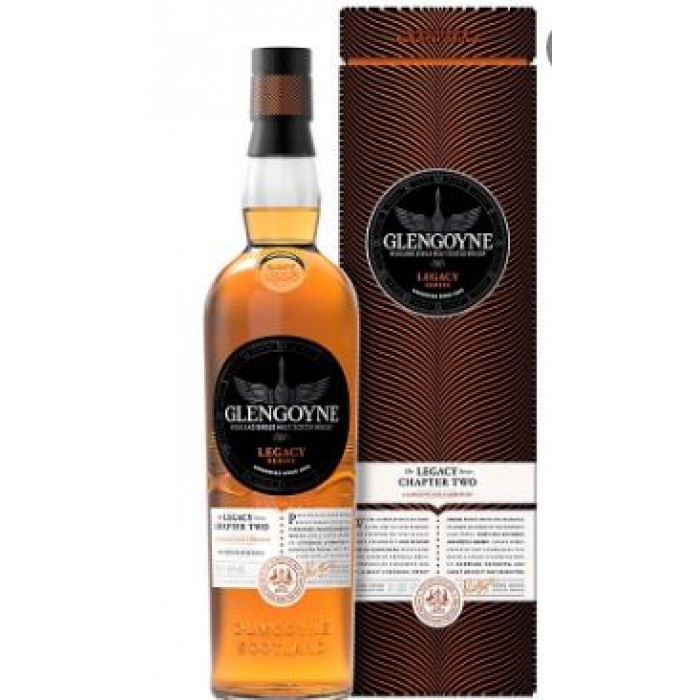 (0 reviews)
Scotland, 48%GLENGOYNE Legacy Chapter Two. The second bottling in our Legacy Series follows on from Chapter One and 1869, when Cochrane Cartwright made innovations that define Glengoyne to this day. F...
Add to Cart
Description

GLENGOYNE Legacy Chapter Two. The second bottling in our Legacy Series follows on from Chapter One and 1869, when Cochrane Cartwright made innovations that define Glengoyne to this day. First, he slowed our distillation process down, helping to make it the most unhurried in Scotland. Then he introduced all-important sherry casks in which to mature our spirit. 134 years later the next chapter in our story unfolded when Peter Russell and his family fulfilled their dream of having their very own distillery and became custodians of Glengoyne. Shielding us from the changing winds of fashion, the Russells have helped us stick resolutely to Cartwright’s original vision. We call it the Glengoyne Way. Investing in the crafting and preparation of purpose made casks and enabling the exploration different maturation processes, Peter and his family have helped ensure Glengoyne flourished, remaining the one of a kind dram cherished by whisky lovers worldwide.

There are 1 items in your cart